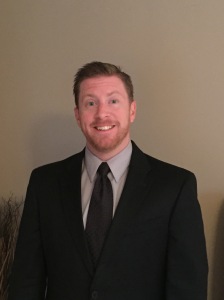 “When Prosecutor Meets Defendant: Moving from Retribution to Reconciliation.”

For several years, Preston Shipp served as an appellate prosecutor in the Tennessee Attorney General’s office. While serving as a religious volunteer and teaching college classes in Tennessee prisons, he became good friends with many people who were incarcerated, one of whom he had actually prosecuted. These relationships caused Preston to wake up to the many injustices that are present in the American system of mass incarceration. Preston felt increasing conflict between his faith in Jesus, who was executed as a criminal, and his role as a prosecutor, which required him to argue for the punishment of people he did not know. Unable to serve two masters, Preston left his career as an appellate prosecutor in 2008. Since then, he has taught in universities and churches, lectured at conferences, and written about the urgent needs for criminal justice reform, a shift in how we regard imprisoned people, and a new vision of justice that seeks healing, transformation, and reconciliation, not merely the infliction of suffering. Preston’s conversion from prosecutor to criminal justice reform advocate has left him convinced that his salvation is bound up with that of his friends behind bars. Preston lives in Nashville with his wife Sherisse and their three children, Lila Joy, Ruby Faith, and Levi. 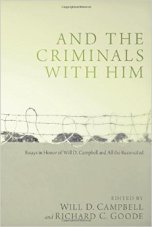 And the Criminals with Him: Essays in Honor of Will D. Campbell and All the Reconciled, (Wipf & Stock, 2012). Several of the essays included in the collection were written by people who are incarcerated.  It also includes two essays by Preston Shipp.

Book description: In 1972, Will Campbell published an issue of the Committee of Southern Churchmen’s journal, Katallagete, to shed light on the US prison system. None could anticipate how the system would expand exponentially in the next four decades. Today, the US operates the world’s largest prison system, incarcerating nearly 1 in every 100 American adults. How did this expansion happen? What is the human toll of this retributive system? How might “ambassadors of reconciliation” respond to such a punitive institution? Replicating the firsthand nature of Will Campbell’s original Katallagete collection, twenty new essays pull back the veil on today’s prison-industrial complex. The plea throughout this collection is not for some better, more progressive institution to exact justice. Rather, the invitation is to hear from voices of experience how the system functions, listen to what the institution does to those locked in its cells, consider what an execution involves, and, most importantly, contemplate the scandalous call to be in reconciled community with those whom society discards and the system silences. Our story is that there are neither good nor bad people, neither felon nor free world. We are all one.

“I don’t know of any other book like it, which provides insight from people who have been directly affected by the arcane criminal justice policies of the last four decades.  These are the scapegoats, and it’s so important that we hear their stories.” ~ Preston Shipp