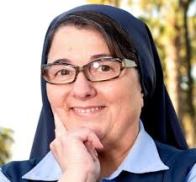 Sr. Rose Pacatte, FSP  is a Daughter of St. Paul and the founding director of the Pauline Center for Media Studies in Culver City, CA. She is a media literacy education specialist and an award-winning author, film columnist and most recently, television host. Rose’s latest book are biographies of the actor Martin Sheen, the artist Corita Kent and St. Hildegard of Bingen (due out in late 2017.) Rose has served on Catholic and ecumenical film juries in Locarno. Berlin, and Venice. Presently she is the president of Catholics in Media in Los Angeles and is studying for a Doctor of Ministry degree in Pastoral Communications.  Her books include: Our Media World: Teaching Kids K-8 about Faith and Media with Gretchen Hailer (Pauline Books & Media, 2010), Martin Sheen: Pilgrim on the Way (Liturgical Press, 2015),  Corita Kent: Gentle Revolutionary of the Heart (Liturgical Press, 2017), and St. Hildegard of Bingen (forthcoming January 2018).

Visit her blog at: http://www.patheos.com/blogs/sisterrosemovies

Visit her pager at Amazom.com: https://www.amazon.com/RosePacatte 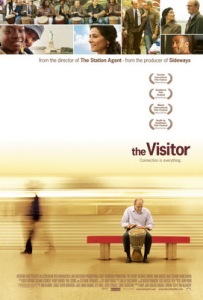 Our session Monday night will include a viewing of the film THE VISITOR, after which Sister Rose will lead us in a discussion.

THE VISITOR is a 2007 American drama film written and directed by Tom McCarthy and produced by Michael London and Mary Jane Skalski. Executive producers were Jeff Skoll and Omar Amanat. The screenplay focuses on a lonely man in late middle age whose life changes when he is forced to face issues relating to identity, immigration, and cross-cultural communication in post-9/11 New York City.

For The Visitor, McCarthy won the 2008 Independent Spirit Award for Best Director, while Richard Jenkins was nominated for Best Actor in the 2009 Academy Awards.